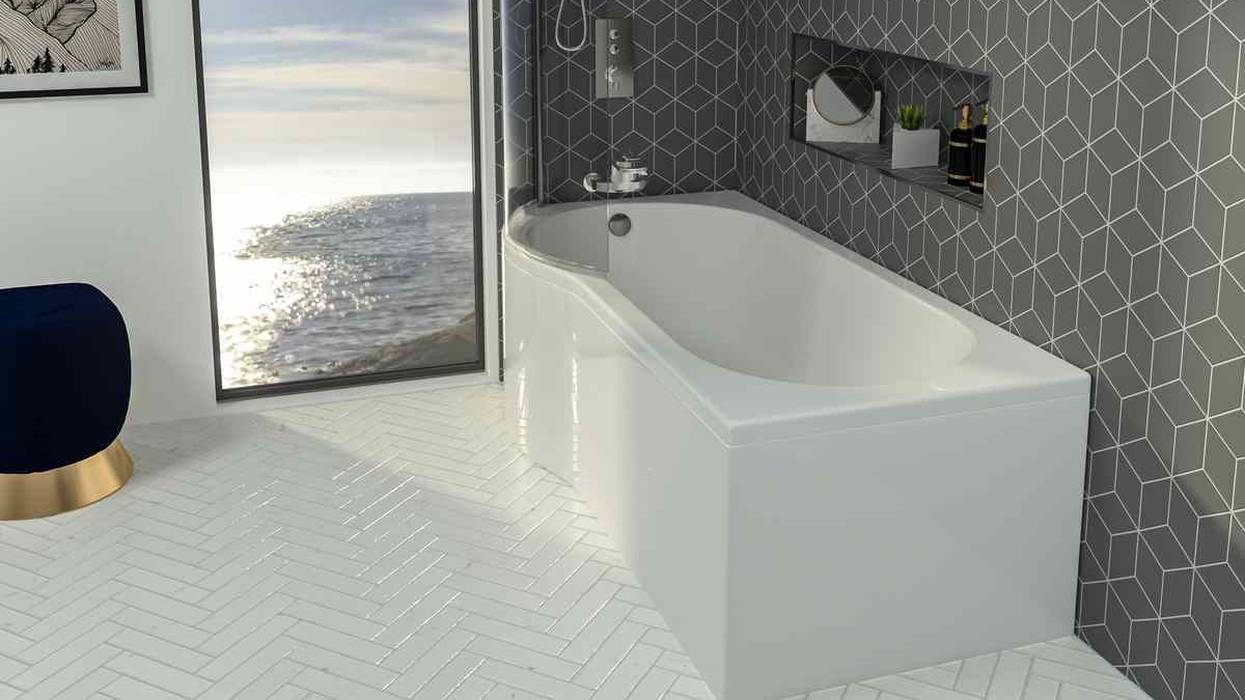 Westside Bathrooms would like to introduce its newest bath collection to the website - the Eastbrook Beaufort and Beauforté range. With their wide selection of stylish and sturdy baths, including accessories, there are options for every bathroom type and style.

How were Beaufort Baths Established?

Eastbrook's Beaufort and Beauforté collection is a product developed from three years of research and extensive investment within the latest and most advanced technology, equipment and production facilities.

Eastbrook has sold over a million baths in the past. Using this knowledge and working closely alongside showrooms, installers and users to understand and design the ideal bath through comprehensive research.

Through said research, Eastbrook recognized the need for a sturdy, good quality acrylic bath at an affordable price, which led to the creation of the Beaufort and Beauforté range.

What is a Beaufort Bath?

The collection was named after the Beaufort wind force scale used by the Met Office for the shipping forecast. Each product line is named after different sea regions around the British Isles. These regions have strong winds and fair weather, which reflects in the Beaufort Design. An example of this is the Biscay Bath named after the sweeping Bay of Biscay.

All Beaufort Baths are British Manufactured, made here in the British Isles following the best Manufacturing standards and technical innovation to ensure all Beaufort baths are created with skill and precision.

All Beaufort baths are manufactured from 5mm Asterite acrylic, resulting in the colour cast through the acrylic instead of painted over the surface. Each bath is created on the latest vertical vacuum forming machines with built-in zone heating used before moulding, ensuring even form throughout whilst controlling the thickness. This procedure makes all Beaufort baths ‘Storm Proof’ follow the finest of British craftsmanship and technical innovation when it came to manufacturing standards.

What is the difference between a Beaufort Bath and a Beauforté Bath?

Beaufort offers a “stormproof” bath that has been through a rigorous and advanced manufacturing process. All Beaufort baths are made in a 5mm Acrylic, offering rigidity and durability. Beauforté Reinforced Baths have an additional layer of reinforcement, to make this one of the strongest baths on the market. At Westside Bathrooms, we are confident in the strength of Beauforté as can be demonstrated in the images shown. 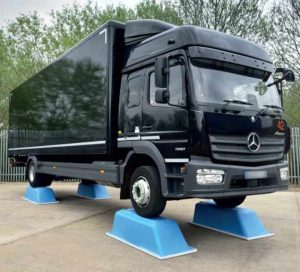 How does a reinforced bath work?

The difference between Beaufort and Beauforté is the manufacturing process that adds an additional layer. All baths are fully encapsulated, with the additional layer of Beauforté increasing strength and heat retention. A reinforced bath will keep the water warmer for longer than a standard acrylic bath, and it will have greater durability and strength.

What is the benefit of a Reinforced Bath?

At Westside Bathrooms, we supply both the Beaufort Acrylic 5mm Baths and the Beauforté version of the bath. In choosing a reinforced bath you will benefit in a number of ways. The bath is more durable, more resilient and one of the strongest on the market today. The warranty provided on the reinforced baths shows our confidence with the baths at 30 years. As the bath is fully encapsulated, and manufactured using an additional layer of reinforcement, the heat escapes at a much lower rate. The result of the reinforcement means that your bath water stays warmer for longer. The result is saving on water and heating bills, when with a standard acrylic you may need to top up the bath with warm water. Cost-effective and environmentally effective.

Does Beaufort have Single Ended Baths?

The answer to this is Yes! Beaufort offers a huge selection of Single Ended Baths to suit all your needs, including twin gripped baths and widths and lengths to suit all bathroom styles. A single-ended bath is one in which the taps and the waste are located at one end of the bath, with the bathing taking place at the other end. At Westside Bathrooms, you will find the Beaufort Biscay, Beaufort Malin, Beaufort Rockall and Beaufort Portland, to name just a few of the ranges in which a Single-Ended Option is available. 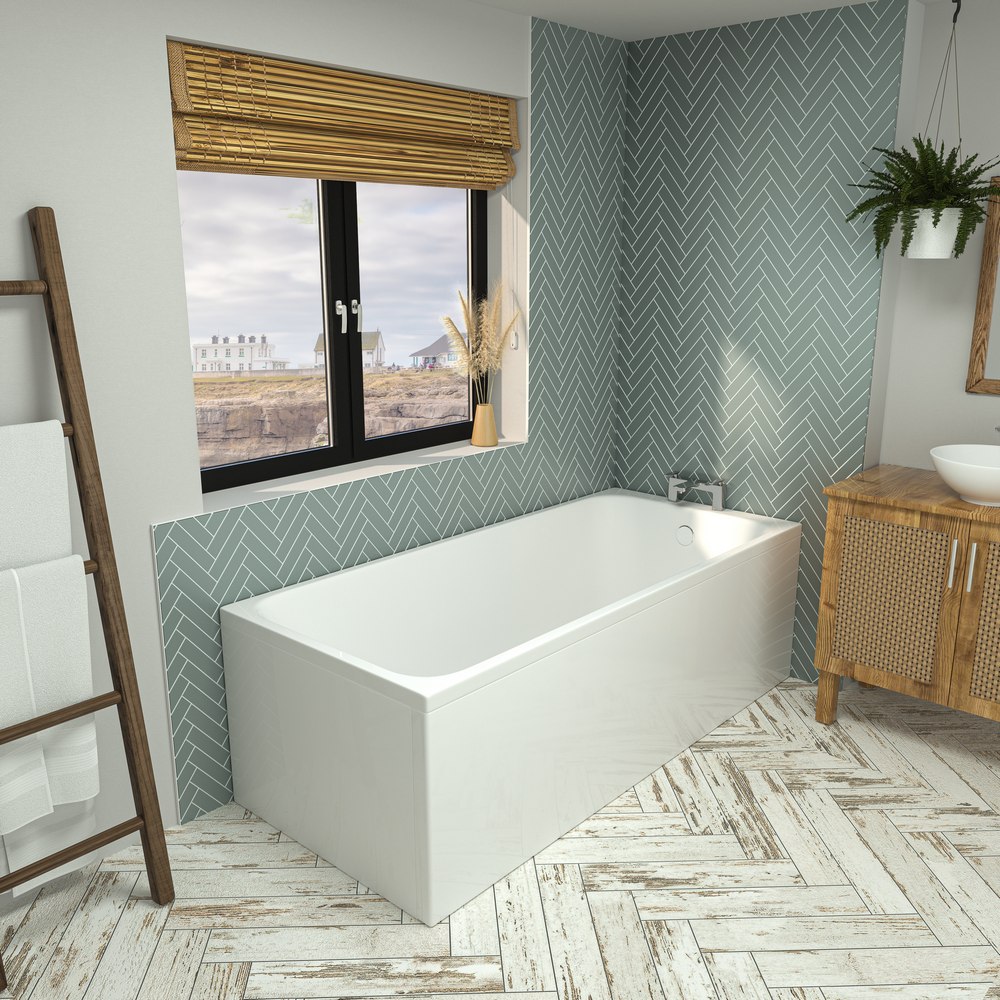 What is the best shower bath combination?

In the majority of bathrooms across the UK, there is not the luxury of having both a shower enclosure and a bath. At Westside Bathrooms, we are able to supply the best of both worlds with our shower baths that come in both P shaped and L shaped, depending upon your preferred style. Beaufort has some luxury shower baths from the Shannon range and from Portland. In our opinion, the best luxurious shower bath combination would have to be the reinforced Beauforté Shannon P Shaped Shower Bath. For practicality and for additional showering space, the Beaufort Portland L Shaped Bath provides ample bathing and showering space. 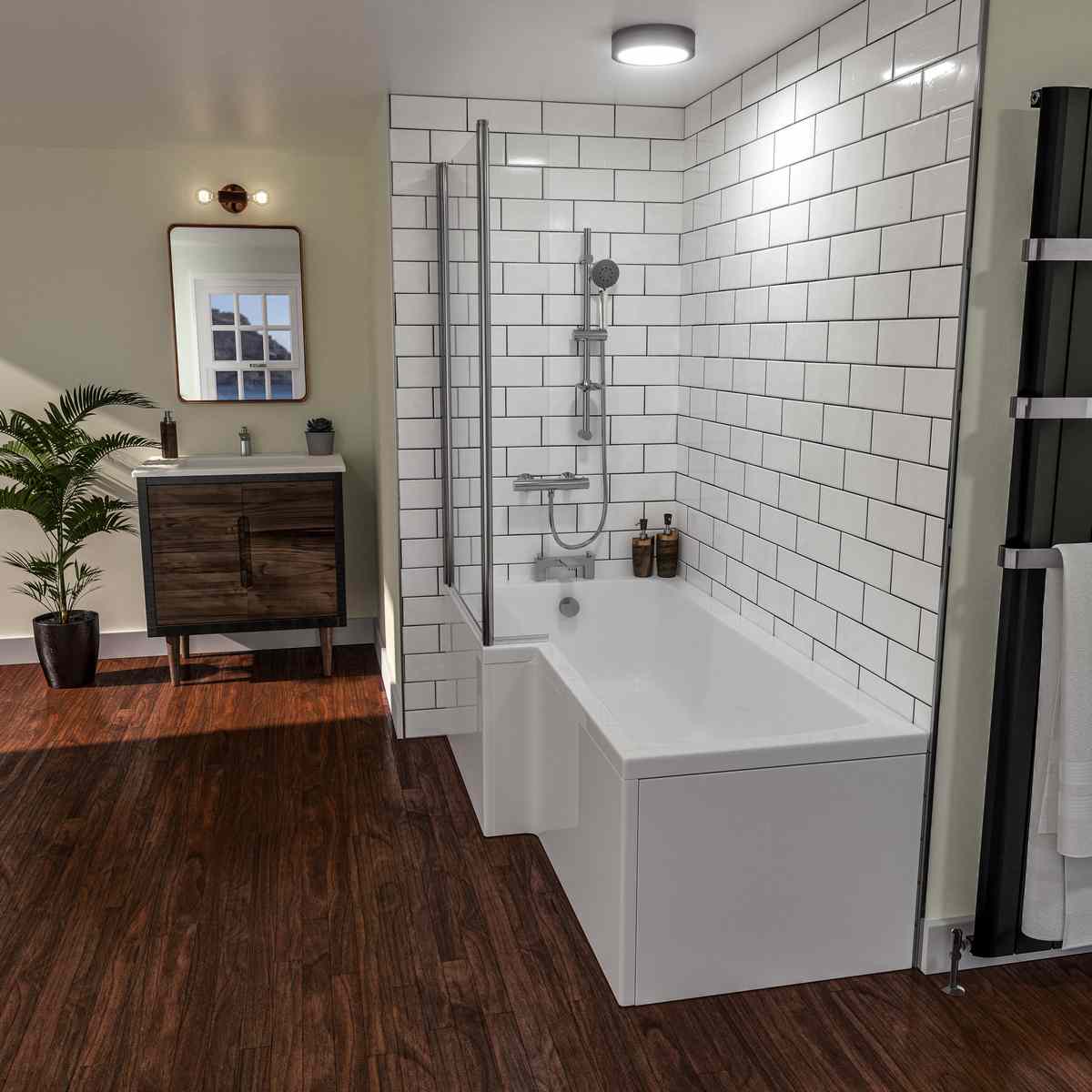 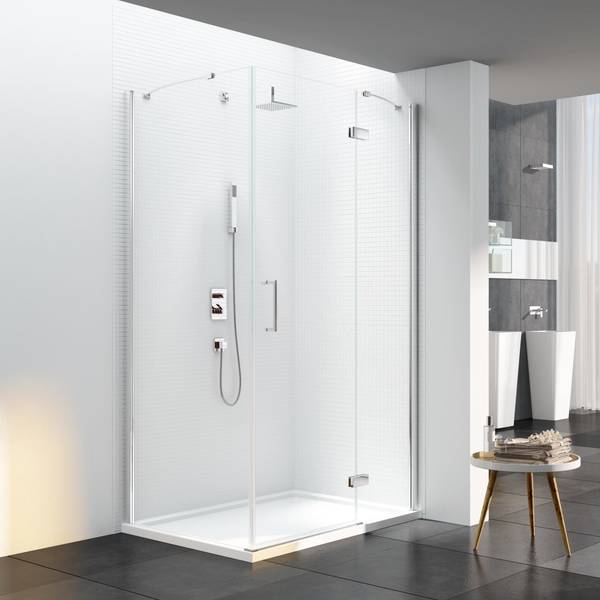